< Back to our leadership 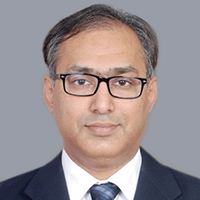 Initially, he worked in the chambers of leading senior advocate and designated senior advocates Mr S.K Jain in Pune District Court for a year and Mr Shekhar Naphade in Bombay High Court for about three years. During the foregoing periods, he had assisted on various commercial and civil litigation matters.  Later, he worked in leading law firms of India which among others include Singhania & Co, Khaitan & Co and Amarchand Mangaldas Suresh A Shroff & Co. He had advised Reliance Industries in connection with its Hydrocarbon and Real estate Projects. He is proprietor of  Metwand Chambers, Advocates having his offices in Thane (West), Mumbai Metropolitan Region.

He had represented project proponents and strategic businesses, investors, lenders and other project participants in a broad range of sectors including Refinery and Petrochemicals, Chemicals, Steel and Mining, Energy (Thermal, Nuclear, and Renewable) and Infrastructure and PPP Projects such as Roads and Highway and Mixed-Use Real Estate Development. He has also represented clients in dispute resolutions, including international commercial arbitrations.

He has drafted, advised and negotiated a wide array of procurement contracts with who’s who of the world in hydrocarbon industry from Asia, Europe and the Americas for major and minor capex projects, revamp projects and operations and maintenance in the last decade.  He thus has substantial experience in advising, structuring and negotiating private procurement contracts for downstream hydrocarbon projects as well as operation and maintenance contracts for refinery and petrochemical plants.